Examples of our enrichment and cultural capital activities

On Tuesday 10th September, we travelled to Mars and Jupiter…wearing virtual reality headsets to explore Space and the planets. Each KS1 class took part in a workshop in which the whole class simultaneously blasted off into space, piloting their research vessels around planets and moons, learning about the solar system. 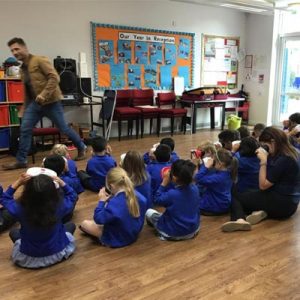 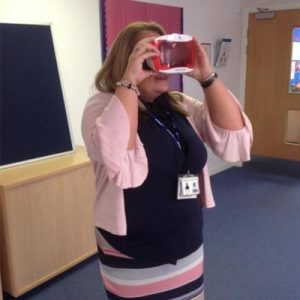 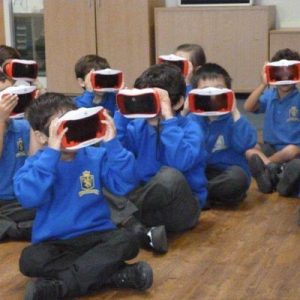 Q. Did you enjoy the Space workshop?

“It was scary when I put the googles on, but it was fun when the journey started.” (Rosie)

“I liked learning what the planets are called.” (Miles)

“I enjoyed learning and looking at all the planets in space.” (Nancy)

“I enjoyed it because I liked learning things I didn’t already know and getting information about the planets.” (Anika)

“I liked it because it was fun getting know about things in space.” (Florence)

“I liked it because it felt like I was falling in space!” (James)

Q. What did you learn?

“I learnt that Mars is smaller than Earth.” (Aashna)

“I learnt that it was 60 miles to get into space.” (Hridaya)

“I learnt that Jupiter has a big red spot on it.” (Archie)

“I learned what the inside of a rocket looks like” (Eli)

With this fascinating workshop, perhaps we will inspire the next generation of scientists and astronauts who may one day blast off into space for real!

This term, our Nursery children have been very fortunate to have been given the opportunity to take part in weekly tennis lessons, run by our coach Angie Gunn. Angie secured the funding for the sessions through Herts Lawn Tennis Association (LTA) in order to encourage younger pupils to become interested in the sport. Angie says: “I was struggling to get numbers for Tennis4Minis (pre-school sessions at Cassiobury Tennis Club) this year due to the high number of children now being in full-time nursery, so the funding was agreed as it wasn’t an age they had targeted before.” 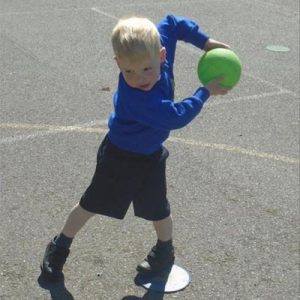 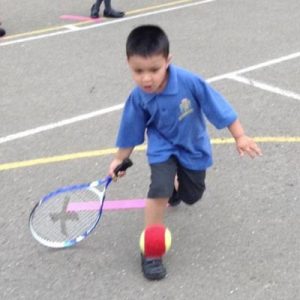 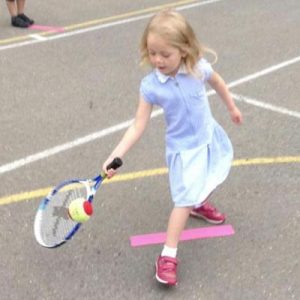 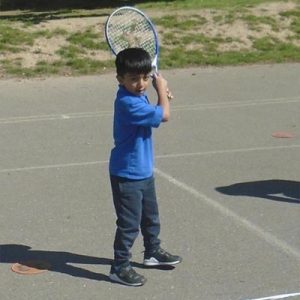 As you can see from the photos, the children have had a brilliant time, the Nursery staff were very impressed with their skills…I think we have some budding Wimbledon stars in the making!

On Friday 14th June, the children from Cassiobury Infant & Nursery School took part in Unicef’s Playground Challenge! This was a great opportunity to get the whole school together, and for our pupils to learn about and raise money for children around the world whose lives have been disrupted by disease, hunger and poverty.

To raise money, children paid a £1 donation to come to school in their sports kit and take part in an obstacle course and a round of ‘beat the goalie’ run by our coach Angie Gunn and parent helpers. 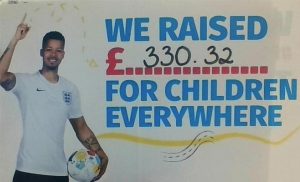 We had great fun and raised an amazing £330.32 in total! Every £1 our school raised for UNICEF’s Soccer Aid will be doubled by the UK government – up to £3m, making double the difference to children’s lives. 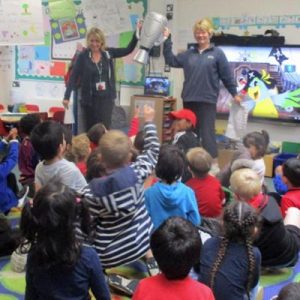 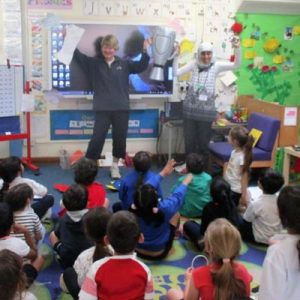 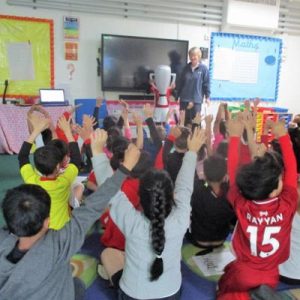 This term our EYFS topic (Rec & Nursery) was ‘The Land Before Time’. To enhance and enrich the children’s learning we held a Dinosaur Day on Thursday 7th February 2019, hosted by: Education Group.

The children started the day with an exciting workshop in which they learned about the role of a palaeontologist. They were given large sandboxes in which to locate and identify fossils from some of the most iconic dinosaurs of the past…Tyrannosaurus Rex, Stegosaurus, and Triceratops to name but a few.They also found out about when each dinosaur lived, where they came from, what they ate and much more.

In the afternoon, a T-Rex visited the children in Assembly. This was a life-like full body costume that was worked by a puppeteer… so real in fact, there were a few shocked faces! 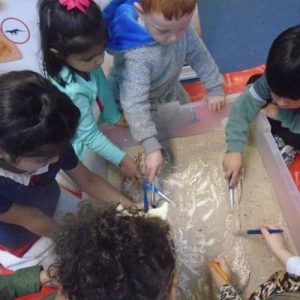 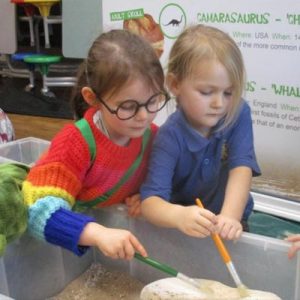 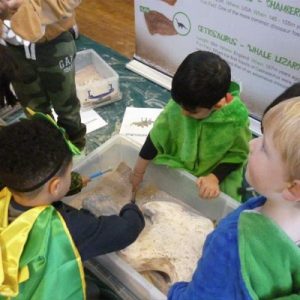 “I liked brushing the sand and I liked what I saw.” (fossils) (Zahra)

“I liked the bit where Sophie the dinosaur came out and everyone could touch it!” (Georgia)

“I liked it because of the big dinosaur.” (Chloe)

“It was good because I saw a big dinosaur head in the workshop digging out of the sand.” (Emelie)

“I saw the big dinosaur and the little dinosaur.” (Tasneem)

“I liked going to school in my dinosaur costume.” (Ronnie)

“I enjoyed looking at all the fossils.” (Zak)

“I liked it when the little dinosaur bit Mr Stevens’ hand!” (Finlay) 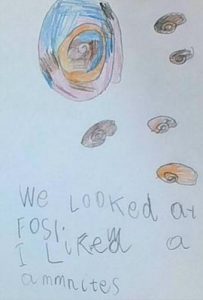 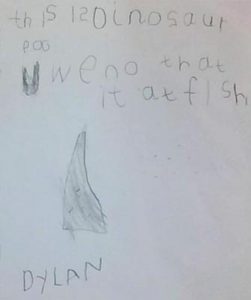 On Wednesday 1st May author Terry Willis visited our school to read to the children in EYFS. She shared her book ‘The Tale of Rusty the Squirrel’ with each of our Reception classes. 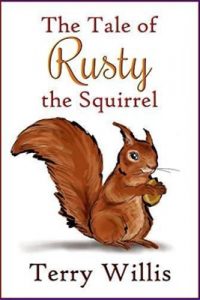 Terry talked to the children about being an author and discussed the inspiration behind her stories. Everyone had a fantastic afternoon, here are some of the children’s responses:

“I liked the mouse one because they were having a race.” (Charlotte)

“I loved hearing all of the stories, my favourite was the one about Rusty the Squirrel.” (Francesca)

“I really liked learning about where red squirrels live, and the story about Millie and her teddy was very funny.” (Zak)

“Rusty got lost in the boat then he went to the island. It was good when the other grey squirrels were friendly with Rusty.” (Hridaya)

“I liked the story with the boy and the girl. There were two stories inside one book.” (Eli)

“An author came to read us the story. She told us about the illustrator.” (Poorani) 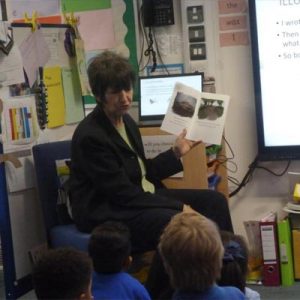 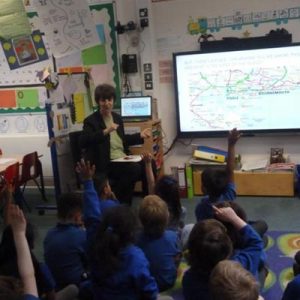 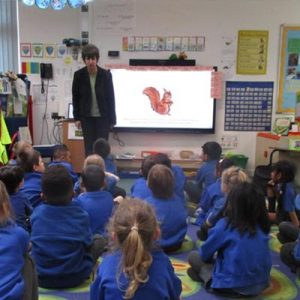 We enjoyed our trip to St Lukes Church for the nativity - thank you for inviting us. Everyone looked great and enjoyed joining in retelling the Christmas story. #CassInfRE #CassInfSMSC

We had a great visit from the Christmas fairy this morning who took us on an adventure to Lapland to help Father Christmas make presents. We used our imaginations, saw a magic mirror, polar animals and sat on Santa’s magic chair. #CassInfEnglish #CassInfSMSC

Thank you to Ezra’s Mummy for being a fantastic mystery reader and sharing the story of ‘The dinosaur who pooped at Christmas.” We really enjoyed guessing what was going to happen next!
#CassInfReading #CassInfSMSC

This website uses cookies to improve your experience while you navigate through the website. Cookies categorised as necessary are stored on your browser as they are essential for the working of basic functionalities of the website. We also use third-party cookies that help us analyse and understand how you use this website. These cookies will be stored in your browser only with your consent. You also have the option to opt-out of these cookies but opting out of some of these cookies may have an effect on your browsing experience. More information available in our Cookie Policy.
Necessary Always Enabled
Necessary cookies are absolutely essential for the website to function properly. These cookies ensure basic functionalities and security features of the website, anonymously.
Functional
Functional cookies help to perform certain functionalities like sharing the content of the website on social media platforms, collect feedbacks, and other third-party features.
Performance
Performance cookies are used to understand and analyze the key performance indexes of the website which helps in delivering a better user experience for the visitors.
Analytics
Analytical cookies are used to understand how visitors interact with the website. These cookies help provide information on metrics the number of visitors, bounce rate, traffic source, etc.
Advertisement
Advertisement cookies are used to provide visitors with relevant ads and marketing campaigns. These cookies track visitors across websites and collect information to provide customized ads.
Others
Other uncategorized cookies are those that are being analyzed and have not been classified into a category as yet.
SAVE & ACCEPT